Artist and activist, Katherine Homes (KT) left the nonprofit world, where she worked in strategic partnerships, storytelling, development and fundraising, because she wanted to find a way to merge her love of art with her love of bringing attention to threatend species and wildlands.

After launching a Kickstarter campaign to raise funding for her solo music album, Speak - she gifted hats with her artwork on them to supporters- she launched her brand at a festival in Colorado. The hats took off and she couldn't think of a better platform: People walking around with billboards on their heads bringing attention to threatened species and wildlands.

6 years later we can be found in stores all over the country, most notably working with Title Nine and REI. We are a small company with a loud voice and big dreams to help positively impact the natural world.

Pic: KT and Liz during a photoshoot talking about Sea Turtles 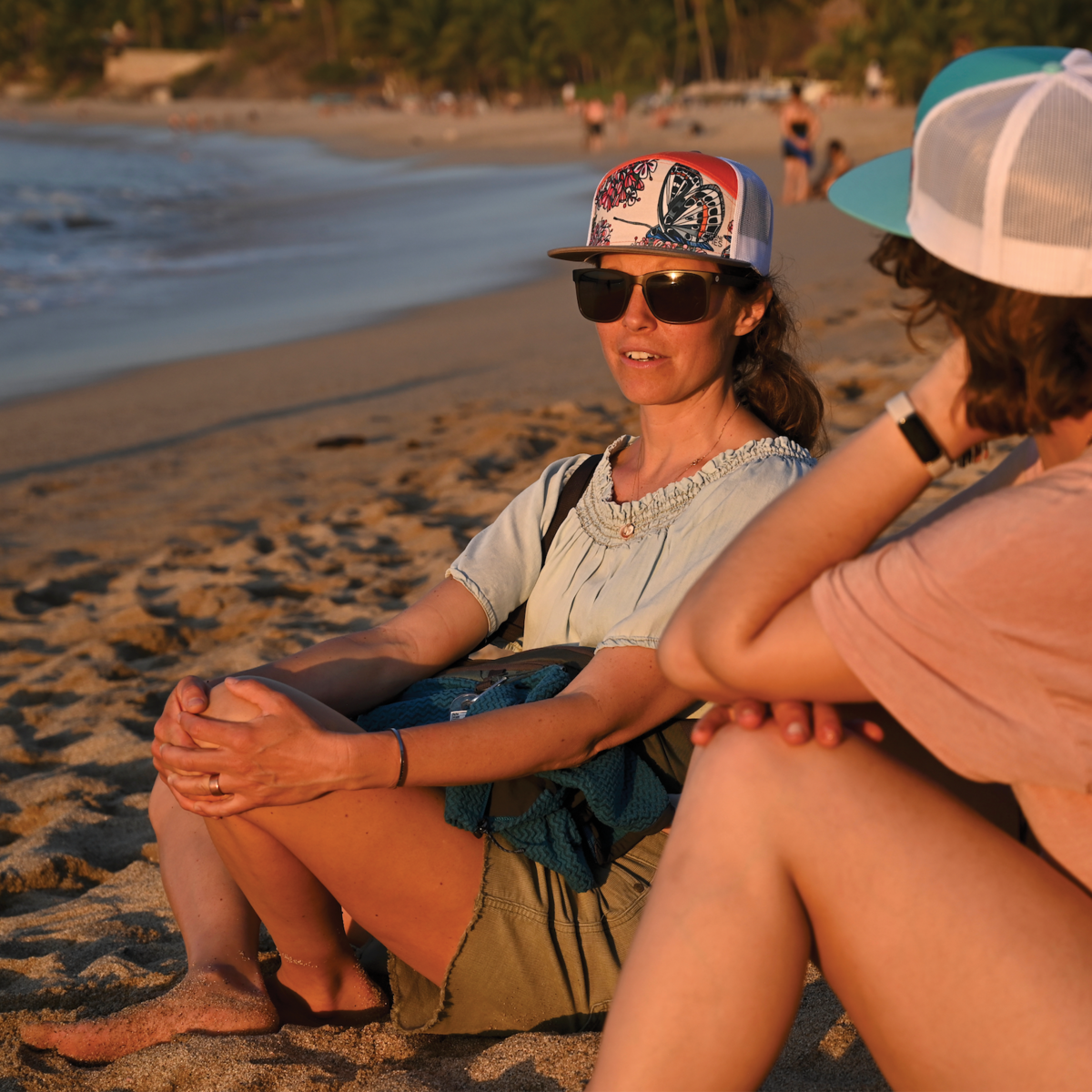 WORK COLLABORATIVELY TO INSPIRE OTHERS INTO COLLECTIVE ACTION

We believe art has the capacity to shift perspectives. Katherine Homes puts a spotlight on threatened wildlife, wildlands and the importance of conservation efforts through affordable and functional design. How? By using products as billboards for these important messages, igniting conversation, and converting it into positive action.

There is too much work to be done to go it alone. We love other individuals and businesses who are using their public platform to inspire the masses and create change. We want to work with them. We think our non-profit partner organizations are amazing and want to do everything we can to support their work.

In 2021 we pivoted and started to support organizations that are only female founded and/or run focusing on conservation, wildlife, and climate change. Why?

According to Network For Good : We work with various organizations to plant trees to offset our carbon footprint.

We choose sustainable materials when offered and when we are able to. All designs are painted on sustainably sourced wood.

We always aim to source the best products possible. We won't source wool unless we know where it comes from and that certain regulations are in place protecting their wellbeing. We do not source leather.

Coloring Books - Made with 100% FSC- certified papers. Made in the USA.